What is the Flywheel on an Exercise Bike?

Have you come across the terms describing bike flywheels as: inertia-enhanced, perimeter weighted or a freewheel? Let’s look into flywheel design, weight, and features to help you understand how they function in an exercise bike. 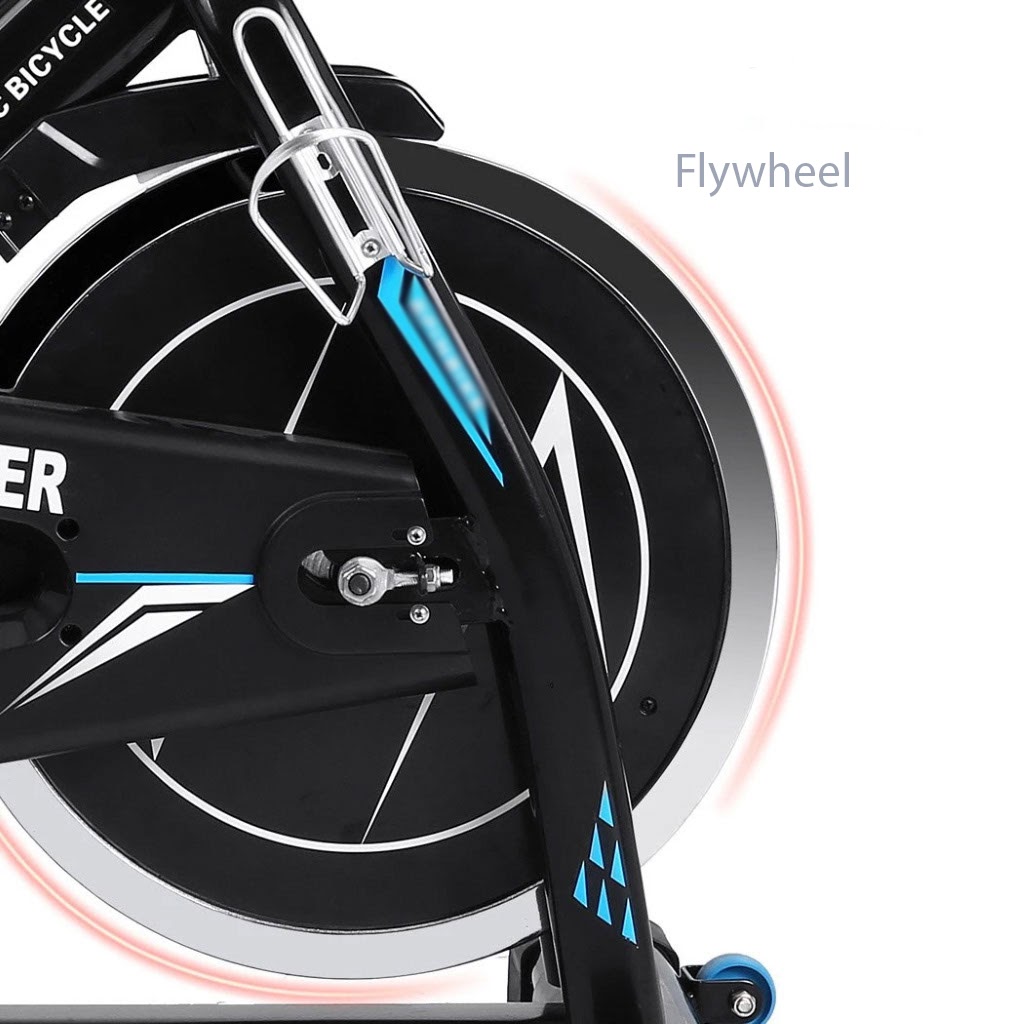 How a Flywheel Works 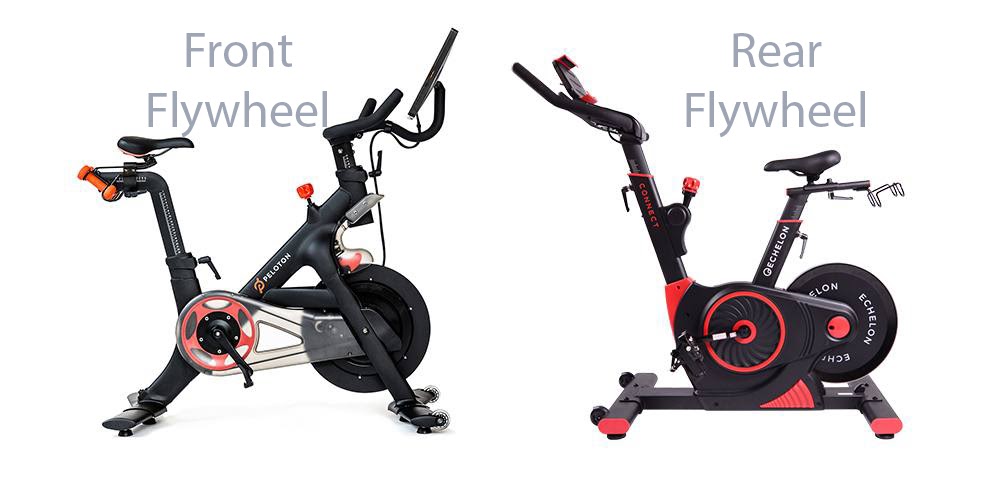 A belt (or chain) wraps around the pedal crank and connects to the flywheel, so when you turn the pedals, it spins the wheel. The flywheel creates the feeling of pedaling as you would outdoors; the flywheel will rotate proportionally to the power generated from your pedal stroke. When you pedal harder, the wheel spins faster.

In general, the heavier a flywheel is, the more momentum it will maintain as it spins. This inertia creates a smooth rotation throughout the pedal stroke. Commercial exercise bikes found in gyms or fitness centers may have flywheels that weigh close to 50 pounds. 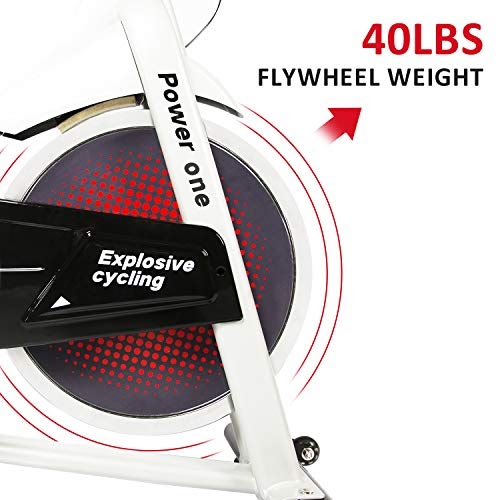 Home exercise bike flywheels can weigh upwards of 30-45 pounds. Less expensive bikes and folding bikes often have lower-weight flywheels. Generally, you want to look for a flywheel bike with a weight between 30-50 pounds. Any less than that and the motion of the pedal stroke will be affected.

The diameter of a flywheel also affects its revolution. Larger diameter flywheels have more surface area, so they gain and maintain more inertia than a smaller flywheel — even if they weigh the same. We recommend looking for flywheels that are roughly 17” in diameter or larger. 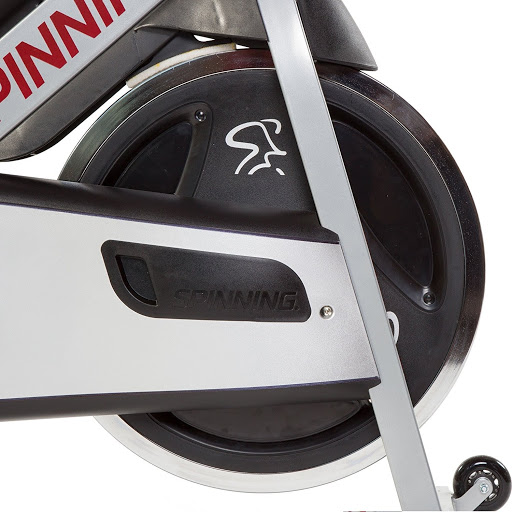 Freewheels are flywheels that are not weighted much, if at all. With a freewheel design, the wheel itself does not maintain motion, instead all rotation is determined by the power in the pedal stroke. If you stop pedaling, a freewheel will stop almost instantly; it will not continue to spin. The advantage of a freewheel is it never feels like the wheel is spinning ahead of you. Also, it is more effort to keep the wheel spinning, so you can’t rely on the weight of the flywheel to offset some of the work. However, since there’s no momentum behind the rotation, the pedal stroke can sometimes feel imbalanced with a heavy downward motion and then no momentum coming back up. This makes it feel like pedaling is a down/up motion rather than a circular rotation, which is hard on joints and puts more strain on the knees. Freewheels are usually found on less-expensive bikes. 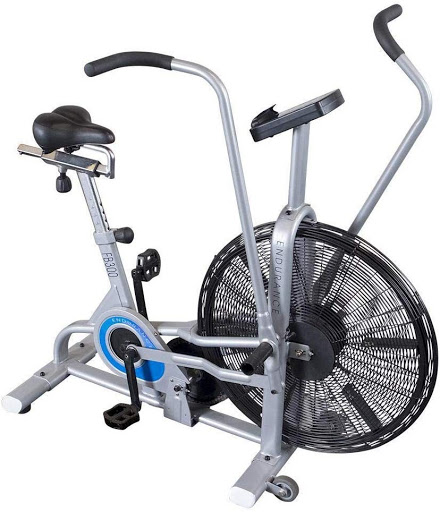 Some bikes don’t have a wheel at all — instead, fan blades inside a large fan turn when you pedal to create air flow back on the rider. In this set-up, the fan blades have a hard time creating a smooth pedal stroke since they are generally not very heavy. Fan bikes often include handles that rotate back and forth to supplement pedaling power.

What is Magnetic Resistance on an exercise bike?

Get Notifications Via Mail